Seventh-day Adventists accept the Bible as their only creed and hold certain fundamental beliefs to be the teaching of the Holy Scriptures. These beliefs, as set forth here, constitute the church’s understanding and expression of the teaching of Scripture. Revision of these statements may be expected at a General Conference Session when the church is led by the Holy Spirit to a fuller understanding of Bible truth or finds better language in which to express the teachings of God’s Holy Word 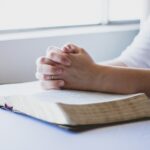 The Holy Scriptures, Old and New Testaments, are the written Word of God, given by divine inspiration. The inspired authors spoke and wrote as they were moved by the Holy Spirit. In this Word, God has committed to humanity the knowledge necessary for salvation. The Holy Scriptures are the supreme, authoritative, and the infallible revelation of His will. They are the standard of character, the test of experience, the definitive revealer of doctrines, and the trustworthy record of God’s acts in history.

There is one God: Father, Son, and Holy Spirit, a unity of three coeternal Persons. God is immortal, all-powerful, all-knowing, above all, and ever present. He is infinite and beyond human comprehension, yet known through His self-revelation. God, who is love, is forever worthy of worship, adoration, and service by the whole creation.

God the eternal Father is the Creator, Source, Sustainer, and Sovereign of all creation. He is just and holy, merciful and gracious, slow to anger, and abounding in steadfast love and faithfulness. The qualities and powers exhibited in the Son and the Holy Spirit are also those of the Father.

God the eternal Son became incarnate in Jesus Christ. Through Him all things were created, the character of God is revealed, the salvation of humanity is accomplished, and the world is judged. Forever truly God, He became also truly human, Jesus the Christ. He was conceived of the Holy Spirit and born of the virgin Mary. He lived and experienced temptation as a human being, but perfectly exemplified the righteousness and love of God. By His miracles He manifested God’s power and was attested as God’s promised Messiah. He suffered and died voluntarily on the cross for our sins and in our place, was raised from the dead, and ascended to heaven to minister in the heavenly sanctuary in our behalf. He will come again in glory for the final deliverance of His people and the restoration of all things.

God the eternal Spirit was active with the Father and the Son in Creation, incarnation, and redemption. He is as much a person as are the Father and the Son. He inspired the writers of Scripture. He filled Christ’s life with power. He draws and convicts human beings; and those who respond He renews and transforms into the image of God. Sent by the Father and the Son to be always with His children, He extends spiritual gifts to the church, empowers it to bear witness to Christ, and in harmony with the Scriptures leads it into all truth.

God has revealed in Scripture the authentic and historical account of His creative activity. He created the universe, and in a recent six-day creation the Lord made “the heavens and the earth, the sea, and all that is in them” and rested on the seventh day. Thus He established the Sabbath as a perpetual memorial of the work He performed and completed during six literal days that together with the Sabbath constituted the same unit of time that we call a week today. The first man and woman were made in the image of God as the crowning work of Creation, given dominion over the world, and charged with responsibility to care for it. When the world was finished it was “very good,” declaring the glory of God.

7 The Nature of Humanity

Man and woman were made in the image of God with individuality, the power and freedom to think and to do. Though created free beings, each is an indivisible unity of body, mind, and spirit, dependent upon God for life and breath and all else. When our first parents disobeyed God, they denied their dependence upon Him and fell from their high position. The image of God in them was marred and they became subject to death. Their descendants share this fallen nature and its consequences. They are born with weaknesses and tendencies to evil. But God in Christ reconciled the world to Himself and by His Spirit restores in penitent mortals the image of their Maker. Created for the glory of God, they are called to love Him and one another, and to care for their environment.

All humanity is now involved in a great controversy between Christ and Satan regarding the character of God, His law, and His sovereignty over the universe. This conflict originated in heaven when a created being, endowed with freedom of choice, in self-exaltation became Satan, God’s adversary, and led into rebellion a portion of the angels. He introduced the spirit of rebellion into this world when he led Adam and Eve into sin. This human sin resulted in the distortion of the image of God in humanity, the disordering of the created world, and its eventual devastation at the time of the global flood, as presented in the historical account of Genesis 1-11. Observed by the whole creation, this world became the arena of the universal conflict, out of which the God of love will ultimately be vindicated. To assist His people in this controversy, Christ sends the Holy Spirit and the loyal angels to guide, protect, and sustain them in the way of salvation.